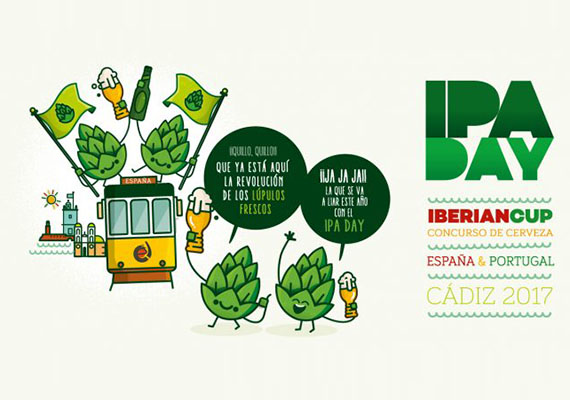 SIN PECADO was present at the judging panel of this event by ACCE - Asociación de Cerveceros Caseros Españoles (The Association of the Spanish Home Brewers), the year in which participation was opened to Portuguese brewers through the Beers of the World Forum, allowing this way the realization of a truly Iberian IPA DAY, in between the two countries, that among many other things which they share in common, also have a great taste for Craft Beer.

We would like to thank the Management and Organization done by Raul Rodriguez and Alexis Sánchez, who welcomed us very well.